In her gorgeous and unforgettable memoir, The Art of Misdiagnosis, Gayle Brandeis captures the unruly mess and terrifying beauty of family love. With breathtaking honesty, she uncovers clues, exhumes long-buried secrets, and searches for meaning in the aftermath of her mother’s suicide. A profound meditation on illness, healing, and the luminous chaos of the human heart. It is one of the most moving and thought-provoking memoirs I have ever read.

Adaptive Leadership by Dr. Nabaraj KC (RAJ) 2009 vol.2.5 Ron Heifetz: Adaptive Leadership We’ve all read so much on leadership that it’s rare for a book to teach us a whole new way of seeing the challenges. But if you haven’t read Harvard professor Ron Heifetz’s work then his new book The Practice of Adaptive. Act challenged the legality of detention under Art. 32 of the Constitution on the ground that the said Act contravened Arts. 13, 19, 21 and 22 of the Constitution and was, therefore, ultra vires. Held- that Article 22 was a self-contained Code and if personal liberty is taken away by the State in.

Oct 12, 2020 Misdiagnosis is a Leading Cause of Death, Disability, and Malpractice Claims. It also turns out, not surprisingly given the above facts, that misdiagnosis is the leading culprit in medical malpractice claims. The National Academy of Medicine determined in 2015 that medical malpractice was the third leading cause of death among hospitalized. CNET Download provides free downloads for Windows, Mac, iOS and Android devices across all categories of software and apps, including security, utilities, games, video and browsers. The Art of Cardiac Auscultation Auscultation of the heart is a fundamental yet difﬁcult clinical skill to learn and master. Proﬁciency in the art of cardiac auscultation requires experience, repeated practice, and a great deal of patience. Most impor-tantly, it requires a proper state of.

Gayle Brandeis’ mother disappeared just after Gayle gave birth to her youngest child. Several days later, her body was found: she had hanged herself in the utility closet of a Pasadena parking garage.

In this searing, formally inventive memoir, Gayle describes the dissonance between being a new mother, a sweet-smelling infant at her chest, and a grieving daughter trying to piece together what happened, who her mother was, and all she had and hadn’t understood about her. 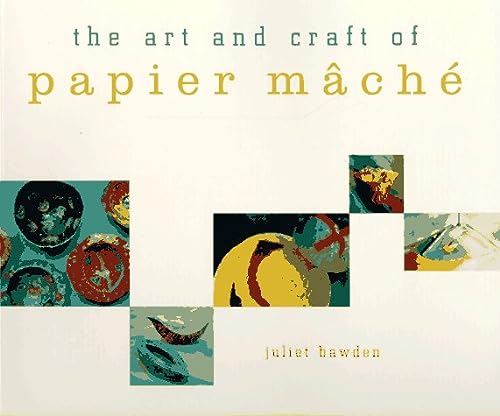 Around the time of her suicide, Gayle’s mother had been working on a documentary about the rare illnesses she thought ravaged her family: porphyria and Ehlers-Danlos syndrome. In The Art of Misdiagnosis, taking its title from her mother’s documentary, Gayle braids together her own narration of the charged weeks surrounding her mother’s suicide, transcripts of her mother’s documentary, research into delusional and factitious disorders, and Gayle’s own experience with misdiagnosis and illness (both fabricated and real). Slowly and expertly, The Art of Misdiagnosis peels back the complicated layers of deception and complicity, of physical and mental illness in Gayle’s family, to show how she and her mother had misdiagnosed one another.

Gayle’s memoir is both a compelling search into the mystery of one’s own family and a life-affirming story of the relief discovered through breaking familial and personal silences. Written by a gifted stylist, The Art of Misdiagnosis delves into the tangled mysteries of disease, mental illness, and suicide and comes out the other side with grace.

“John Cassavettes offers this: “When a character can’t find his way home, that’s where the story begins . . . “ Gayle Brandeis begins her story where it ends, then slowly—thoughtfully, painfully, lovingly—works her way back. It all circles around a handful of days, where everything happens—birth, death, truth, transformation. We tumble along with her, sometimes lost, sometime home, seeming to encounter insights as they happen, as she encounters them. This book is a revelation—you can feel it in your body.”

Riveting, insightful and beautifully written, this memoir kept me up all night.

Gayle Brandeis dances on the edge of memory’s razor: both candid and eloquent, The Art of Misdiagnosis never fails to cut down to the truth. I was both moved and enlightened by this unflinching memoir.

Gayle Brandeis is one of the smartest and most compassionate voices in nonfiction today. Her insights about how we live as women, as mothers and daughters, and as human beings cut straight to the heart. Everyone needs to read her.

The Art of Misdiagnosis broke my heart and then knit it back together. It’s a generous, loving and beautiful portrayal of the most painful experience a daughter could have.

The Art of Misdiagnosis is Gayle Brandeis’ masterpiece, and it reads with the urgency of a literary thriller. Here Brandeis delves into the liminal place—between life and death, between psychosis and sanity, between love and guilt—with a poet’s heart and a detective’s courage. If you’ve ever watched someone you love unravel, or if you’ve asked the echoing ‘why?’ of suicide, you’ll find home in these pages.

Deeply compassionate, and breathtakingly brave, Brandeis’ memoir is a raw, unflinching trip down a rabbit hole, unspooling both the chaotic life of her mentally unbalanced mother, and how her mother’s obsession with physical illness crash-landed Brandeis’ own life—and health –from girlhood to marriage and motherhood. About the stories we desperately need to make of our lives in order to survive, and how the body sometimes speaks what the mind dare not, this is also an extraordinarily moving portrait of a troubled mother, and of the daughter who fearlessly, poetically, writes her way into discovering her truest self. Truthfully, I am in awe.

Elinor Cleghorn became an unwell woman ten years ago. She was diagnosed with an autoimmune disease after a long period of being told her symptoms were anything from psychosomatic to a possible pregnancy. As she learned to live with her unpredictable disease she turned to history for answers, and found an enraging legacy of suffering, mystification, and misdiagnosis.

In her book UNWELL WOMEN: Misdiagnosis and Myth in a Man-Made World, Cleghorn traces the almost unbelievable history of how medicine has failed women by treating their bodies as alien and other, often to perilous effect.

Elinor Cleghorn has a background in feminist culture and history, and her critical writing has been published in several academic journals, including Screen. After receiving her PhD in humanities and cultural studies in 2012, She worked for three years as a postdoctoral researcher at the Ruskin School of Art at the University of Oxford on an interdisciplinary arts and medical humanities project. She has given talks and lectures at the British Film Institute, where she has been a regular contributor to the education program, Tate Modern, and ICA London, and she has appeared on the BBC Radio 4 discussion show The Forum. In 2017, she was shortlisted for the Fitzcarraldo Editions Essay Prize, and she has since written creatively about her experience of chronic illness for publications including Ache (UK) and Westerly (AUS). She now works as a freelance writer and researcher and lives in Sussex.