The 1843 interview Ian Rankin: doing a jigsaw is like investigating a murder Puzzles help the Scottish novelist piece together the world. We raised the Pride flag at Province House yesterday, expressing our commitment to equality, inclusion, and diversity. It was a great event. Among the speakers was Andrea Anderson, our Public Service Commissioner. Andrea is the first African Nova Scotian to serve in this role.

Ian Rankin has been elected a. Born in the Kingdom of Fife in 1960, Ian Rankin graduated from the University of Edinburgh in 1982 and then spent three years writing novels when he was supposed to be working towards a PhD in Scottish Literature. Ken Stott stars as the eponymous hero Detective Inspector John Rebus in ten classic adaptations of Ian Rankin’s worldwide best-selling crime novels of the same name. Set in Edinburgh, the mercurial Rebus’s investigations lead him through the city’s ancient beauty and into its more.

The main characters of The Falls: An Inspector Rebus Novel novel are Inspector John Rebus, Emma. The book has been awarded with Barry Award Nominee for Best British Crime Novel (2002), Deutscher Krimi Preis for 2. Platz International (2003) and many others.

One of the Best Works of Ian Rankin. published in multiple languages including English, consists of 480 pages and is available in Paperback format for offline reading.

Other Books From Inspector Rebus Series

Please note that the characters, names or techniques listed in The Falls: An Inspector Rebus Novel is a work of fiction and is meant for entertainment purposes only, except for biography and other cases. we do not intend to hurt the sentiments of any community, individual, sect or religion

Share your Thoughts for The Falls: An Inspector Rebus Novel 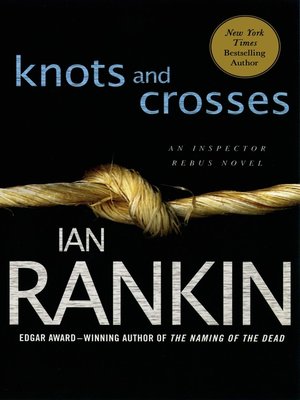 Tajana (*sighs*) found a bookish Q&A on Tumblr and recently shared it on her BookLikes blog. One of the items on the list is:

'Make a mini playlist for one of your favorite books.'

Well, seeing as music in the Rebus books is very much about Rebus's overall tastes, as well as Ian Rankin's own (the latter, smuggled in through Rebus's sidekick, Siobhan Clarke), there really isn't any point in singling out any individual book ... let's go the whole hog and have a list for the entire series, shall we? 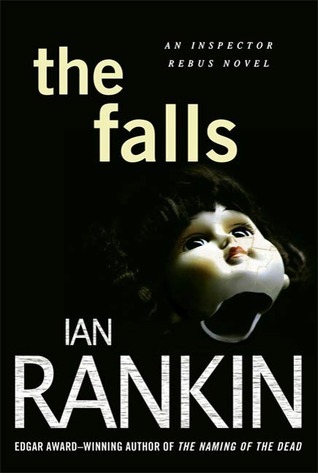 As Rankin is fairly explicit about Rebus's major favorites -- Rolling Stones, Rolling Stones, and then some -- to a certain extent this list almost writes itself; all the more since in his nonfiction companion book, Rebus's Scotland, Rankin himself actually reels off a pretty extensive list of artists that either Rebus or he himself (or Siobhan Clarke) would consider favorites. But there's still plenty of room to be creative, as Rankin's focus is more on the artists themselves, not on individual songs or albums. And anyway, what's to stop me from adding a few choices of my own? So, here we go: 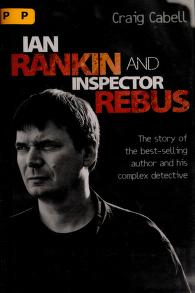 Obviously the list needs to be built around those albums and songs (chiefly, but not exclusively, by the Stones) that even provided book titles for the series:

* The Rolling Stones: Beggars Banquet, Let It Bleed, and Black and Blue

* Radiohead: Exit Music (for a film) (album: OK Computer)
* Jackie Leven:Another Man's Rain and One Man One Guitar (both from the album Oh What a Blow That Phantom Dealt Me!)

And since Rankin himself, like Rebus, also has a particular and lasting fondness for Jackie Leven and in 2004 even appeared live together with him at Queen's Hall, Edinburgh, which later yielded their joint release, Jackie Leven Said, obviously that whole recording needs to go onto the playlist as well.

Moreover, as Rankin specifies that Rebus is generally a fan of 'mid-period Stones' (by which he means the albums from the late 1960s and the early 1970s), let's also throw in their two other major blockbuster albums from that period; as well as, for my own gratification, the very first Stones song I ever heard, and which is stll one of my absolute favorites (even though it's early and not 'mid-period' Stones):

Moving on to other artists, as bands and artists that Rebus does, or would probably like, Rankin mentions the following -- for whom I've taken the liberty to add one or several fairly iconic song titles or, in individual cases, entire albums:

The next group of artists are those that Rankin either mentions explicitly as among the ones that have played a pivotal role in his own life (especially the first five; for the first three, he even specifies the songs listed here), or suggests they'd be artists that Siobhan Clarke would like -- some of the series's books indeed have her listening to some of them -- which by extension, as per his general explanations, also means there's a certain likelihood that Rankin himself listens to them:

* The Clash:London Calling (album: London Calling)
* Big Country:In a Big Country (album: The Crossing)
* Simon & Garfunkel:The Boxer (album: Bridge Over Troubled Water -- and for my own gratification, let's add the title track as well, shall we?)

Finally, just for myself I'd add to the above:

* Guns'n Roses:Sympathy for the Devil (from the soundtrack for the movie Interview With the Vampire)
* Dire Straits:Sultans of Swing (album: Dire Straits), Brothers in Arms (album: Brothers in Arms), Telegraph Road and Private Investigations (both from the album Love Over Gold)
* Mark Knopfler:What It Is, The Last Laugh (duet with Van Morrison), Silvertown Blues (all from the album Sailing to Philadelphia), 5.15 AM (album: Shangri-La), Going Home (from the soundtrack for the movie Local Hero)

* Pink Floyd:Wish You Were Here and Shine on You Crazy Diamond (both from the album Wish You Were Here), Money (album: Dark Side of the Moon)
* The Talking Heads:Once in a Lifetime (album: Remain in Light), Burning Down the House (album: Speaking in Tongues), And She Was and Road to Nowhere (album: Little Creatures)

* U2:Sunday Bloody Sunday (album: War), The Fly and Mysterious Ways (both from the album Achtung Baby), Elevation (album: All That You Can't Leave Behind)

* Hurts: Wonderful Life and Stay (both from the album Happiness)

* The Cranberries:Zombie (album: No Need to Argue)